Subscribe to the Newsletter to stay up to date on the Display and Embedded Solutions world news! Subscribe

In over 15 years of activity Litemax has gained extensive experience and an excellent reputation among industrial display manufactuers with high brightness TFTs for outdoor applications. Using proprietary techniques and resizing Litemax has improved the standard in digital signage displays also with integrated solutions for the most effective dissemination and distribution of messaging. Even from the first power of the equipment we realize the added value offered by Litemax displays that bring benefits to both producers and to users of information systems as well as the environment through energy efficiency of its TFTs. The efficiency, sizes and durability of Litemax display are particularly appreciated in the field of transport, marine, digital signage and more generally in industrial applications. With the acquisition of WynMax, an established company in the industrial PC sector, Litemax also produces embedded solutions built with industrial motherboard, box PCs or panel PCs.

Brelco selected some products out of the large Litemax's catalogue. Please contact us to find togheter the best solution to fit your needs.

MaxRGB™
The TFT standard production does not normally reproduce colors faithfully. Sometimes the displayed images also seem very different and not as vivid than the reality MaxRGB™ It is the Litemax technique to get the most accurate color rendering and return true, brilliant and an NTSC coverage over 90%.

MTBF 100.000 hrs
The applications in the transportation, industrial and nautical fields require particular attention to the LED backlight for performance above average. In addition to the low consumption Litemax aims high MTBF (Mean Time Before Failure) that in many cases reach 100,000 hours, well above the normal requirements of industrial displays.

AOT (Advanced Optical Bonding)
AOT (Advanced Optical Bonding) is one of several patents of Litemax. With this process, a protective glass is added to the display to improve legibility in bright sunlight and reliability under high humidity conditions. The glue used is optical-grade type and glass is non-reflective. In this way there is no air between the glass and the TFT, and also improves the contrast and reduces the reflection of ambient light.

Local Dimming
The Local Dimming has been widely used in television for years. Litemax developed the same technique for industrial TFT display especially large ones designed for outdoor use. The Local Dimming reduces the backlight in dark areas of the screen thus lowering even consumption and heat dissipation. With Local Dimming Litemax technique also has the effect HDR (High Dynamic Range) resulting in improved contrast. 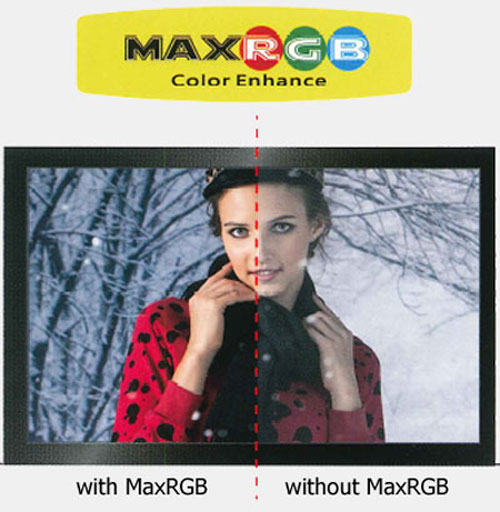 MaxRGB, when you need it?
Find it out in the video 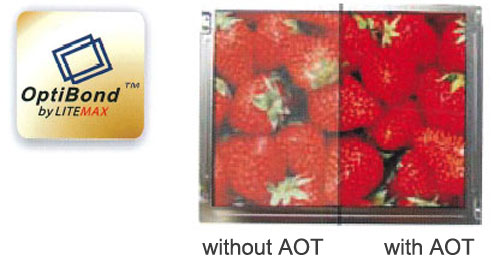 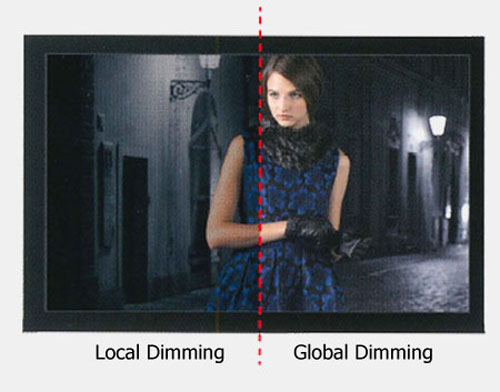 Local Dimming?
Find it out in the video

To resize an LCD display literally means to cut glass, polarizers, circuits and boards to create a new measure. Until a few years ago this was impossible because the display could be easily damaged beyond repair. Litemax has acquired extensive experience in the resizing of TFT effectively becoming a world leader in the creation of so-called bar or stretched display. Litemax offers:

Why Litemax?
Space. The standard LCD displays have pre-defined form factors that often do not adapt to the available space in the trains, in cars, on taxi roofs, etc ...
Brightness. Mostly the normal production displays are not readable in bright environments
Industry pioneers. Litemax was among the first companies worldwide to create custom displays for specific applications. Over 10 years of know-how and long-term investments have produced a wide repertoire of display and high manufacturing yields.
Selection of high quality panels. Litemax choose and select with extreme care the materials and the most suitable panels to ensure the highest quality in every application 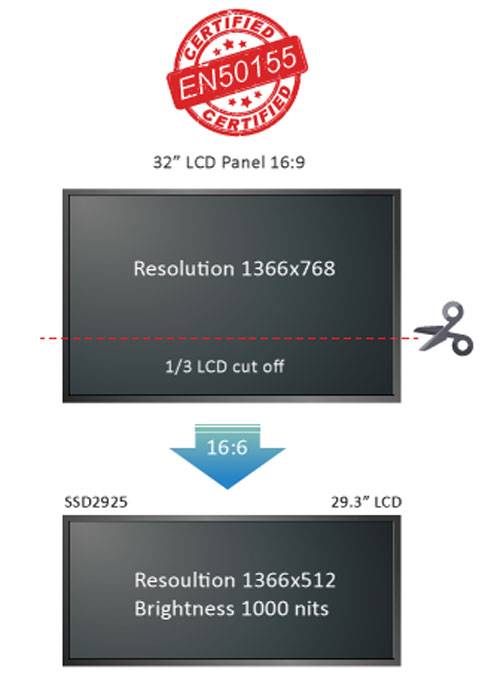 Daisy Chain
Daisy Chain is a wiring diagram with which multiple devices, as Litemax displays, are connected to each other in sequence or ring. It is prepared a master chain that can control multiple slave chains. The goal is to transmit real-time information in an efficient and simultaneous way to the various stations of an installation. Railway stations, airports, sports arenas, campuses, shops on several floors are just some of the situations where the Daisy Chain connection is appropriate and advantageous.